The President's Kitchen Cabinet The Story of the African Americans Who Have Fed Our First Families, from the Washingtons to the Obamas by Adrian Miller 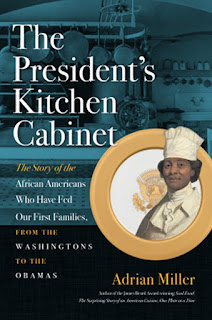 cut out most of the cost of the food of his dogs because too expensive, and that black people at the White House lived/slept in the basement, now three rooms and that the White House was so warm until the 1950s - when air conditioned sorted out the problem - that all the Presidents during the summer-time decided to emigrate somewhere else?

That Lincoln didn't love to eat a lot and Eisenhower interested in choosing the best cook for the White House because someone who appreciated food? 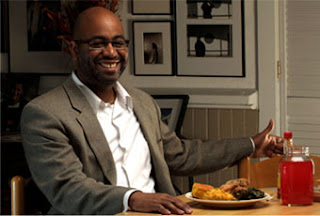 Rich of anecdotes, The President's Kitchen Cabinet The Story of the African Americans Who Have Fed Our First Families, from the Washingtons to the Obamas by Adrian Miller on stores now it is truly interesting, fascinating and wonderful. 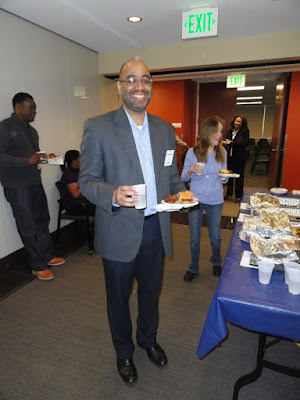 The author, Mr Miller works at the White House. The idea of writing a book all dedicated to the black cooks and stewards who served the American Presidents and their history a recent idea.

The manuscript of this book firstly read by President Barack Obama.

Maybe others have. But I hadn't.

Well, the book written by Adrian Miller, with a privileged look will not only reveal us from George Washington to Barack Obama what the various Presidents loved to eat, adding various and yummy recipes in the while but also a particularity maybe unknown that some of the most important stewards, cooks at the White House were black.

Black people in fact a strong reputation of being great cooks, the White House always more or less surrounded by a staff of great black men and women who served with great affection, love, sacrifice, because big families with a lot of guests is in a day a never ending work, the various Presidential Families.

Food it's another key for understanding the History of a country but also  people, in this case the First Citizens and First Ladies.

Their moods, their tastes, their way of conducting the domestic daily-life.

Of course the Queen of the kitchen, with directions given to all the Kitchen staff department the First Lady but Eisenhower made a difference in this sense.

John Adams was the first President who desired to create a garden at the White House as said before strong and conscious of something: that a house without a garden is not a real house.

Barack Obama in recent years revived the tradition of John Adams one of the first Presidents of the USA, and in this case for pressing people: let's eat good quality food, the main message.

Who were the most representative stewards and cooks of the White House?

We will discover Fraunces for example the cook of George Washington.

This lady served this President for a long time. Once she died she was buried in a grave in the cemetery without any kind of name but it was built close to her a monument for remembering her.

Another steward important in a crucial moment of the USA Crump. Crump lived and served also during President Garfield. Surely this President would have marked his future as well.
The USA were still recovering after the shocking departure of President Lincoln when also Garfield seriously injured and well if you know History you know also the end of this story.

Crump was a great mediator with press. He was one of the few, with doctors, nurses and family members that could see everyday the President.

Pinckney the last one for a long time of black stewards, three generations in which stewards after him, just white.

We meet again a black steward with Fields and more, because a lot of black people have marked the history of the White House.

Thanks to this book we will discover some presidential culinary curiosities.

Roosevelt started to appreciate pigs' feet and he was really fixated with this discovery: also when he met other Presidents of foreign countries he insisted for let them eat this dish.

Many many good and yummy recipes in the book.

This version  from the recipe files of the late White House executive chef Walter Scheib.


Makes about 1 gallon
6–7 eggs (pasteurized if possible), separated
1 cup sugar
¾ cup bourbon
¾ cup Cognac
¾ cup dark rum (Scheib recommended Meyers)
1 teaspoon salt
2 cups heavy cream
1 tablespoon vanilla extract
1 quart milk (or more if a thinner consistency is desired)
Freshly grated nutmeg, for serving
1. Combine the egg yolks and sugar in the bowl of a stand mixer fitted with a whisk attachment and whip to ribbon stage (lemon yellow in color), about 5–7 minutes.
2. Add the alcohol, and mix well; and scrape sides of the bowl and mix again.
3. Pour the mix into a 1 ½ -gallon bowl and set aside.
4. In a separate clean mixer bowl using a clean beater, whip the egg whites and salt into very stiff peaks and fold them into the mixture in the bowl.
5. Wipe out the mixer bowl, pour in the cream and vanilla, and whip until very stiff peaks form. Fold this into the eggnog mixture.
6. Add the milk and whisk until smooth. This may take 3–5 minutes, as the meringue and cream must be mixed completely.
7. Transfer the mixture to a sealable container and refrigerate for 3–5 days. Serve very cold topped with a sprinkle of nutmeg.
8. If the foam rises from the eggnog mixture during refrigeration, reincorporate it by whisking right before serving.

Oh, and remember: don't try to send any kind of food as gift at the President, if tempted because if in the remote past it could be accepted now it is automatically thrown away.

I thank NetGalley and University of North Carolina Press for this book!