Interview with Meia Geddes author of Love Letters to the World

Meia Geddes is an American writer. She lives in Cambridge, Massachusetts. Months ago I was chosen for read  her 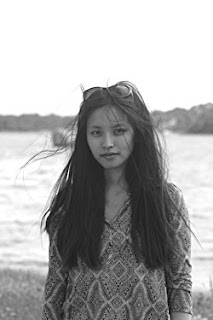 book: Love Letters to the World 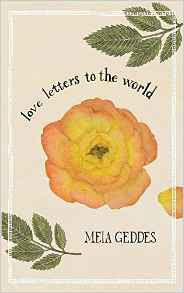 Delicate book, you can read my review here

I wrote to Meia months ago, asking her an interview.

For personal reasons, illness and dad's dead I postponed the interview.

Please enjoy what Meia told me of her world, the USA, her studies and her life.

I found this interview very interesting.


It’s all a little ambiguous…
According to the nanny whose care I was in for about a month before my adoption, I was estimated to be six days old when I was left/found in a small town or country part of Anhui, China, in 1992.

This was most likely because of China's (former) one-child policy.

I was placed in an orphanage and foster care going back and forth, it sounds like, for about two years, then my mom, Maggie, adopted me.

She came with a group of six other American families adopting baby girls from the same orphanage and we all met in a hotel. I screamed and cried a lot, according to mom’s accounts, and seem to have quickly developed attachments to certain things: keeping on my approximately seven layers of clothing, keeping in sight my polka-dot stroller and, later, carrying around an Ernie doll. Ernie from Sesame Street. 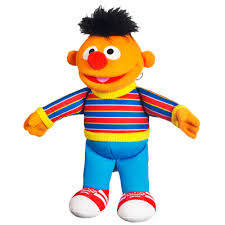 Mom raised me in Sacramento, which has been nicknamed “city of trees” and is the capital of California. Life in Sacramento is still very vivid since it seems only yesterday I left, but I won’t go into all the details.
In retrospect I’m glad to have spent my early days in Sacramento though I was neutral about it at the time.
I eventually let go of the layers of clothing / stroller / Ernie. I moved to the East Coast for college because I wanted to experience the romantic, stormy dark clouds of this side.
In all seriousness, there was this very clear vision of going to class in the pouring rain with my umbrella.

Being adopted what do you think of your real mom? Have you tried to search for her or for both of your parents? Would you be curious to search for your origin or are you OK with the mom you grew up you with? In Italy we all say that it's not important who the biological parents are but who raise children.


I am very glad to have ended up with the mother I have, she is an inspiration—an inspirational human being.
We continue to marvel at how such bureaucratic procedures / paperwork resulted in our being brought together.
By “real mom” I actually thought you meant “adoptive mom” because to me my real mom is the mother I always had since around age two. I agree with your saying in Italy!
Mom also has always had lots of friends who were a constant, terrific presence in our lives, so this “village” has been wonderful, something I’ve taken for granted.


I have never tried to search for my birth parents, though when I was younger there was a time I wrote in a diary to them as if they might be able to read it.
My mom tried to be in touch with my foster mother by mail, but never heard back. I am not interested in searching for my birth parents and potential siblings, though understand that other adoptees may want to and feel the need to (and I know there are some who have been successful).
I’m comfortable with the mystery of my origins, living with a sense of lingering curiosity. Maybe it’s like this notion of “embracing language like unrequited love”—the resignation, the wondering and questioning, the moving-on-in-joy even while a certain sense of suspicion or sense of doubt (at language, at the “what if”) may never go away.

Please tell me about your studies, university, what you loved, what you didn't love, if you found beautiful people in the USA 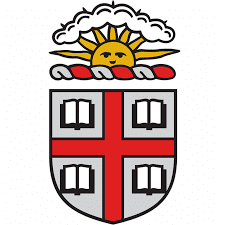 University in Providence, RI. I loved that Brown's open curriculum allowed for such flexibility in choosing courses to take.
One thing that may have not been as good was that we were situated on a hill—we called it the "Brown bubble"—fairly isolated from the city of Providence and its people.
I met many lovely people at Brown, and of course have found many in Massachusetts. I think as I've gotten older I've gotten more proactive in meeting new people.
People really are beautiful and wonderful in their weirdness even if I'd also rather keep my distance at times.


When did you start to write?

I am not sure when I started to write, but the first book I wrote and put together (literally) was about a boy named Jimmy. It was a story told in verse and I wrote it in fifth grade. Mr. Morgan chose it to go on in the "young authors" competition and I was immensely proud.

Why did you decide to write Love Letters to the World?

Love. Love is an astonishing thing, when you feel it and receive it and maybe simply realize it in retrospect. How when you are sitting on the street selling and giving away paper cranes and someone comes along with a cup of tea, or a scar on their belly that they want you to see, or stories of their troubles in love, or a Wikipedia article they think you will like...
Maybe that is just called kindness, but I like to think of it as a kind of love between strangers when there is that spark.
It can be a very difficult thing to love, but then suddenly a stranger girl comes in for a hug. Maybe the more correct answer is love and its lack.


What is the world to you Meia?

The world is a beautiful, strange, mysterious place, to me. One can address it as "body, concept, stranger," and send missives to it, but it will not respond, cannot be shaped or tamed. The chaos, the cruelty.
Though one can make worthy attempts—and maybe especially with the world of the self.
The world is a temporary home.
So I guess I don't know if I can ever be entirely at home in it.

Have you got some writers inspire you?

Carole Maso comes to mind first and foremost.
I read her collection of essays, Break Every Rule: Essays On Language, Longing, and Moments of Desire, in college, and it was one of those books that changed my life. The breathlessness, the passion, the ecstatic approach to life, it's so moving.
In the same vein, other writers who convey a similar lust for life, I’ve found, include Mary Oliver, Kahlil Gibran, Walt Whitman, Roald Dahl... There are so many!

Which are your main hobbies apart writing?

Photography and reading, mostly. I have recently gotten into a bit of watercolor and want to experiment with art more. I want more hobbies, though!

How do you consider this historical moment?

Generally I can be very cynical, but I ultimately lean towards hope.

Main fears for the future?

The death of loved ones. Then, also, loss of a certain authenticity and sincerity, an awe for the world and wonder at being alive.